User @Mołot reached me in a comment raising concerns about using backtick notation for visual markup. De-facto this kind of markup has been used quite often at Russian SE by many users (including me) since it make it easier to visually separate the word or phrase discussed from context.

UPD: I've deleted comments because I had two options either to move all comments to forum - and actually there are some comments relevant to the question above - or just delete irrelevant ones. Here's a screenshot of our discussion: 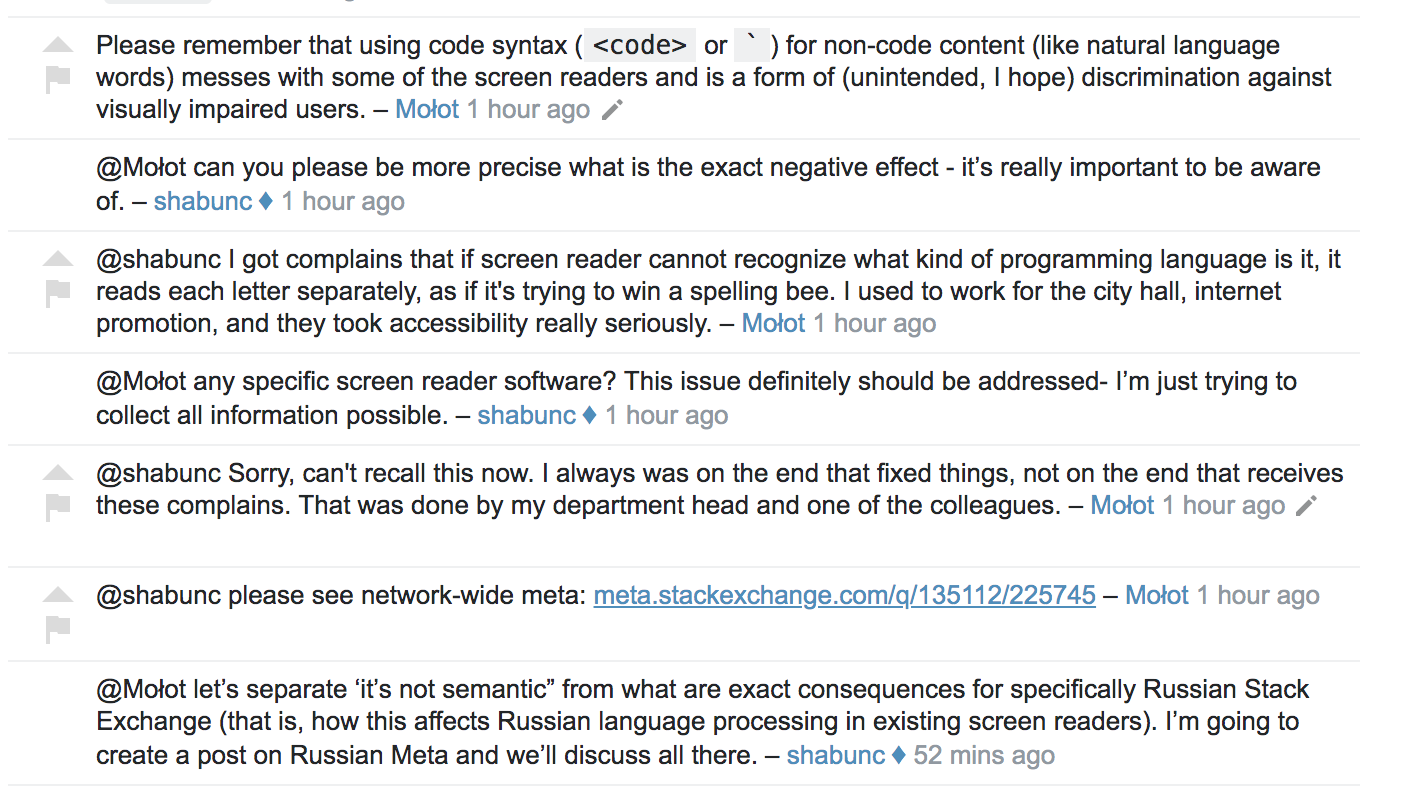 This site is for discussion about Russian Language Stack Exchange. You must have an account there to participate.

3
What is/is not russian.stackexchange.com?
4
How to promote our site?
3
How to handle questions about aspect?
2
What should our tags be? What should they be translated to?
3
Russian SE Community FAQ
1
Психолингвистика - tag removal or (at least) strict redifinition request
9
Moderator Position Open - Nominations Needed